A Merry Christmas to one and all. I decided that my Christmas petticoat hoop is "Lemon Flare", obtained from Anne Wright although the original hybridizer was the Ulsterman, Brian Duncan. He began hybridizing way back in 1964, concentrating rather more recently on miniatures. He registered the bulb in 2013 and "Lemon Flare" seems one of the most robust bulbocodium daffodils this year, This was photographed on Wednesday, the flowers having filled out nicely since I featured them earlier in the week. Growing these distinctly early flowering narcissus outdoors does show up their seemingly fragile nature in the gale force winds. I say "seemingly" for they do bounce back. "Lemon Flare" in particular does not lack for resilience. I'm sure in a normal winter they would not be so early, other varieties of snowdrop and daffodil being perhaps two weeks premature. 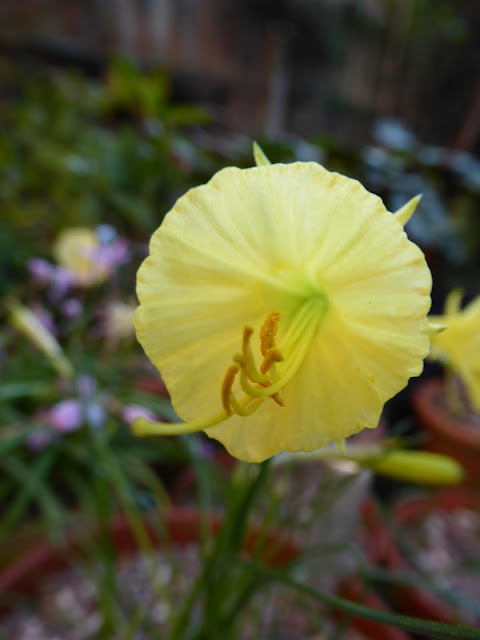 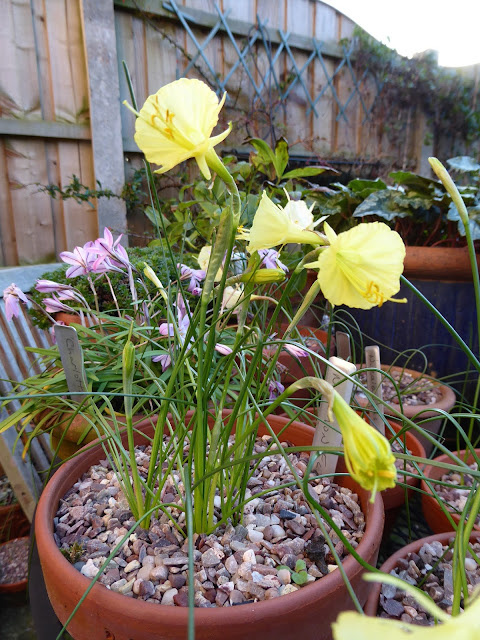 Taking photographs with my little compact was fun in the gales. The blessed things just would not keep still and in focus. Which reminds me that we have six grandchildren here this Christmas. 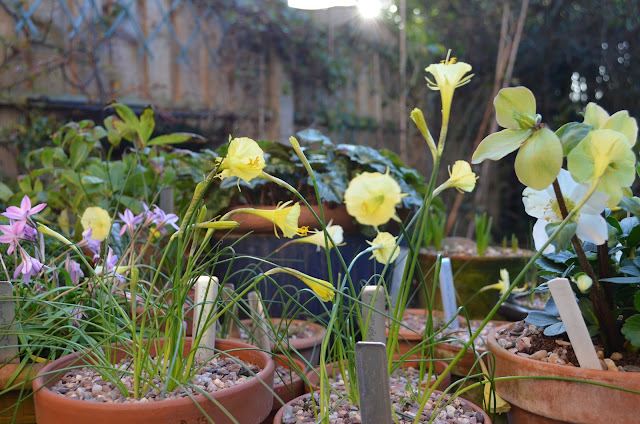 .
at December 25, 2015
Email ThisBlogThis!Share to TwitterShare to FacebookShare to Pinterest
Labels: My Garden, Plants