Many named snowdrops might readily be lost if they were in a crowd. Most discerning plant lovers should spot "Godfrey Owen" the only elwesii cultivar to have six outer and six inner segments. It was found in 1996 in the Shropshire garden of Mrs Margaret Owen and named after her late husband. A noted galanthophile, Margaret herself died in December 2014 at the age of 83, a lady remembered for her regular snowdrop sales, the proceeds of which were given to the Multiple Sclerosis Society. She maintained no less than four Plant Heritage collections, Camassia, Veratrum, Dictamnus and Nerine. I bought three "Godfrey Owen" bulbs last year but had an apologetic message from the seller saying that the bulbs were unexpectedly small so we agreed on five of the bulbs, four of which are in flower or bud. They will most certainly clump out well next year. I have it beside "Mrs Thompson" and "E. A. Bowles", good company indeed, and both with large flowers, larger than the more petite "Godfrey Owen". But diamonds do not have to dwarf the finger and this is a shapely, symmetrical snowdrop well justifying its reputation. Certainly in my top ten. 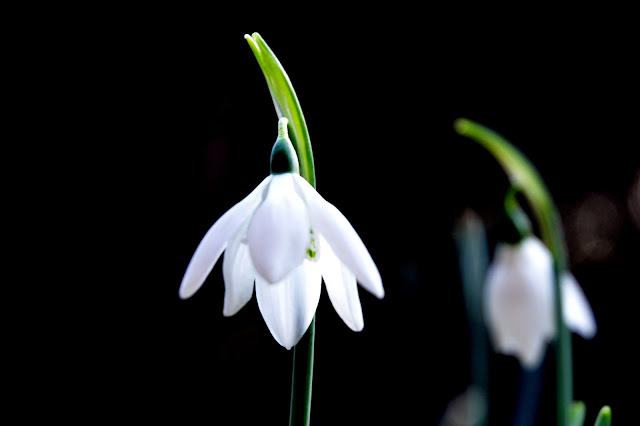 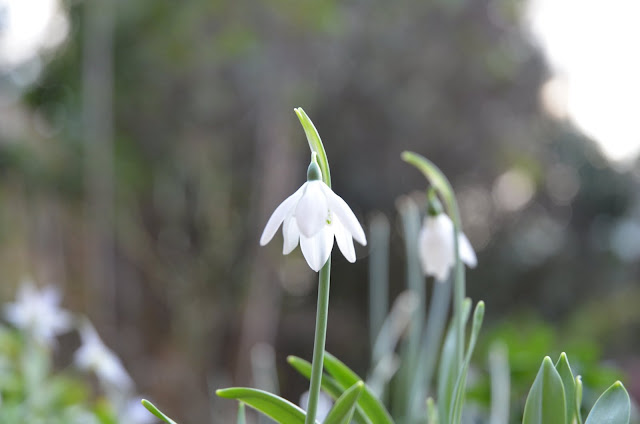 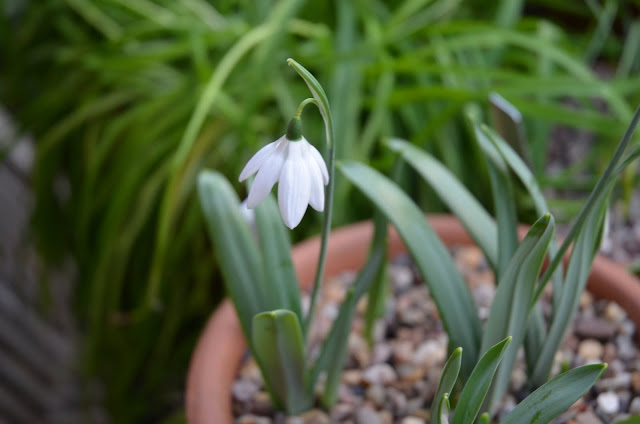 at February 03, 2016
Email ThisBlogThis!Share to TwitterShare to FacebookShare to Pinterest
Labels: My Garden, Snowdrops