Here are two snowdrops supplied by Matt Bishop in September all the way from Devon. Galanthus plicatus "Trymming" and "Percy Picton" are  planted in the same pot as there is no confusing them in flower at least. Due to Matt's generosity with the bulb(s) "Percy Picton" has thrown up no fewer than four flowers in its first season, large and showy, hanging from long pedicels. It was named in 1999 in memory of the owner of Old Court Nurseries in Malvern, known for his rare and unusual plants. Indeed I have bought saxifrages from his sons. I believe "Trymming" originates from a seedling selected by Alan Street from Avon Bulbs in 2007, the parent being "Trym". The photographs give an indication of size and also demonstrate just how bold are the green markings, punctuating the curved petals. For those requiring the bold and the modern, "Trymming" fits the bill. As for bills, green blotches cost more than the pure white. 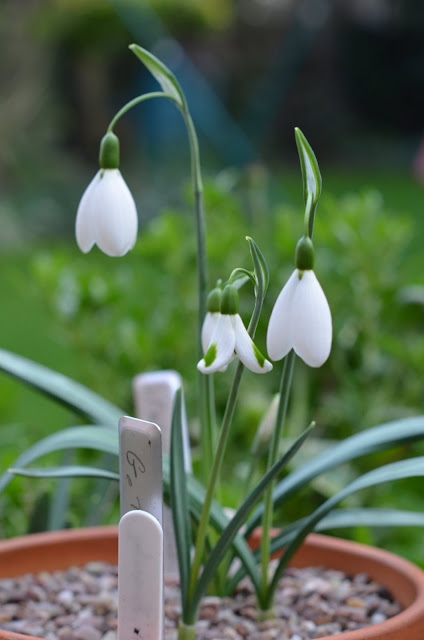 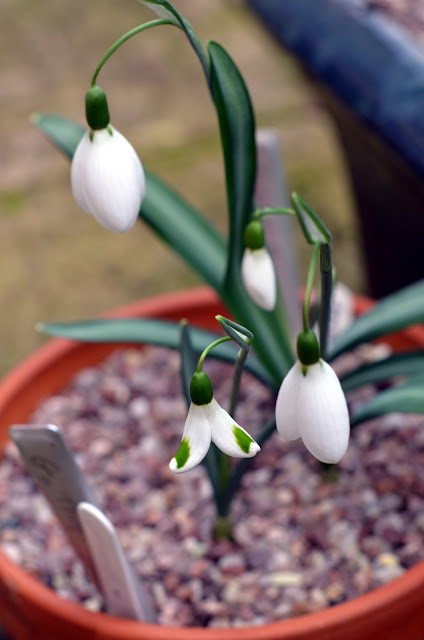 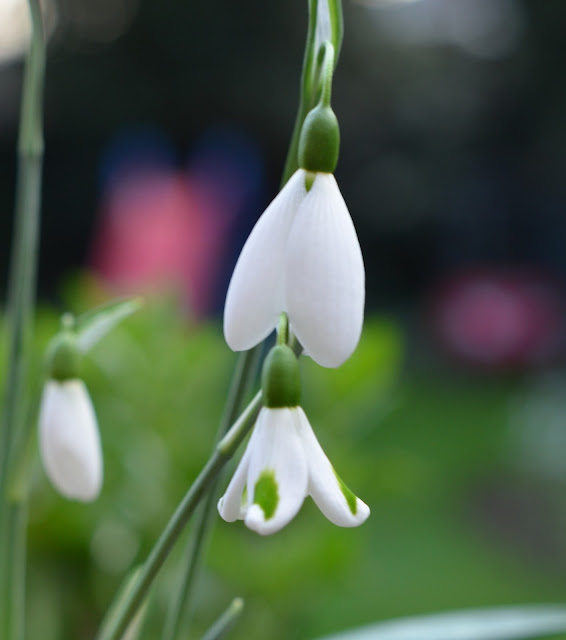 at January 30, 2016
Email ThisBlogThis!Share to TwitterShare to FacebookShare to Pinterest
Labels: My Garden, Snowdrops