Given the correct backdrop and light, the red flowered witch hazel is a spectacular shrub in the depths of winter. Ours is Hamamelis x intermedia 'Diane', lovely in flower yesterday between showers and cherished for its short-lived but ravishing displays as the leaves turn red, orange and yellow in the autumn. It has a pleasing scent although is somewhat overwhelmed by our nearby daphne that streams perfume. We grow "Diane" in a sunny position, putting up with its broad, rather plain leaves until they triumph in their demise. It has reached 200 cm in its seven or so years. In close-up, the flowers are astonishing, particularly with raindrops adding their own glitz. 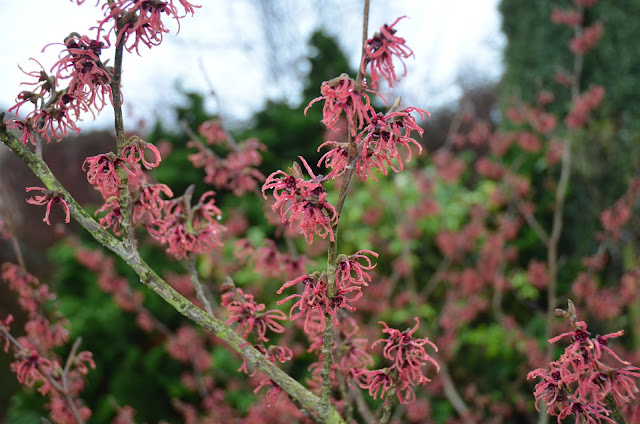 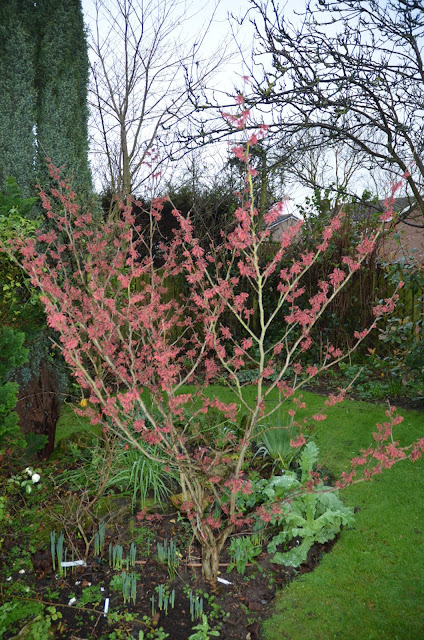 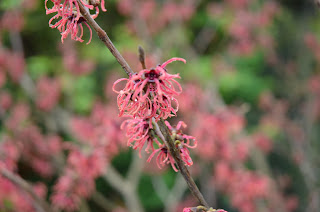 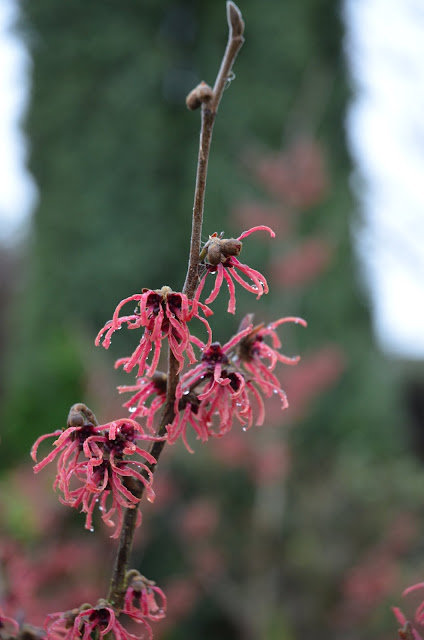 And here is a reminder of the autumn glory as the same plant shines in late October. 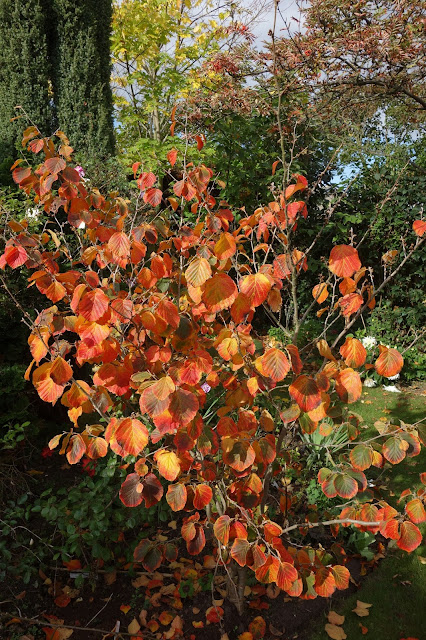 at January 07, 2016
Email ThisBlogThis!Share to TwitterShare to FacebookShare to Pinterest
Labels: My Garden, Plants