There are several "Ginns Imperati" in circulation but I believe I have the correct form. They were discovered near Rome by the garden writer Robert Gathorne-Hardy, and grown on by Ron Ginns of Desborough, Northamptonshire in the 1950s. My original bulb has increased steadily in three years and I have to say it has stood up very well to the recent gales and frost. The flowers have also lasted far longer than many other varieties, a factor often overlooked when assessing snowdrops. Of course today it would be given a more punchy name and a high price on eBay. There is a scent though talk of highly scented snowdrops is something I have not really noticed. (I recently saw a snowdrop on sale on eBay with the tag line "Scented Snowdrop". That's a bit like selling a pair of shoes by virtue of the plastic ends on the shoelaces.) 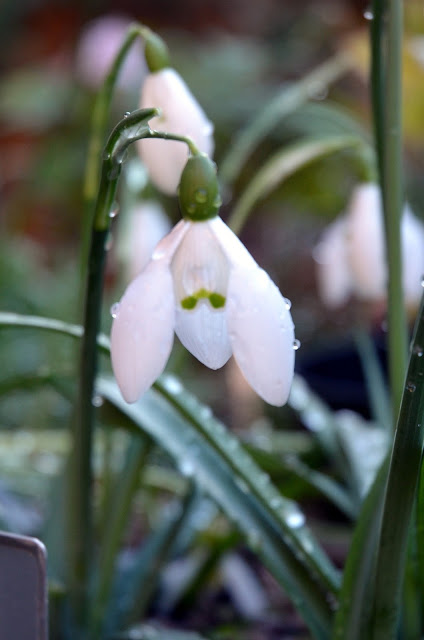 "Falkland House" belongs to the "Mighty Atom" group I believe. A little early to comment yet. As with many snowdrops it will look better in a clump. 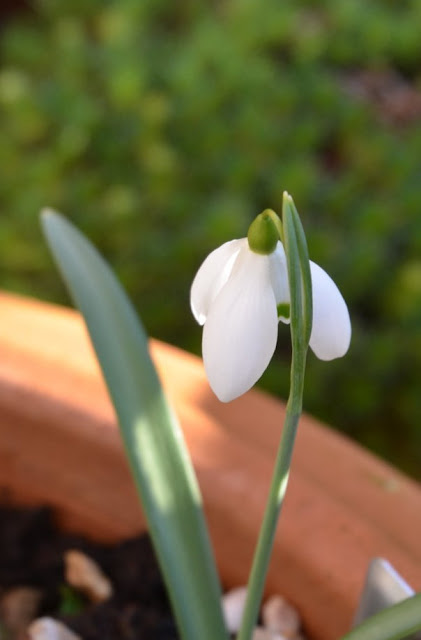 at February 26, 2016
Email ThisBlogThis!Share to TwitterShare to FacebookShare to Pinterest
Labels: My Garden, Snowdrops