Galanthus elwesii 'Mrs McNamara' is up there in my top ten snowdrops. In many ways it exemplifies the plant. There is a stately grace about the flower, like swans gracing the park lake. It is a tall snowdrop, classically shaped and flowering early. Indeed it has been in flower for nearly two weeks here in Yorkshire. I have featured it previously and gladly repeat myself. That invaluable source of rare plants and encyclopedic detail, Dr. Paul Christian, describes it as "arguably our tallest and longest-lasting snowdrop." I heartily concur. But, and there is usually a "but", the dear lady has proven not nearly so fertile as I had hoped. Last year I had four blooms, this year the same. And it is all my fault. I lost some snowdrops last year and decided I was overfeeding the bulbs after they had flowered. In the same part of the garden Japanese anemones proliferate like mad, sucking out what goodness was still left in the soil in preparation for what turned out to be great autumnal displays. I fear the old lady suffered in the competition. I'll feed her up for next year. 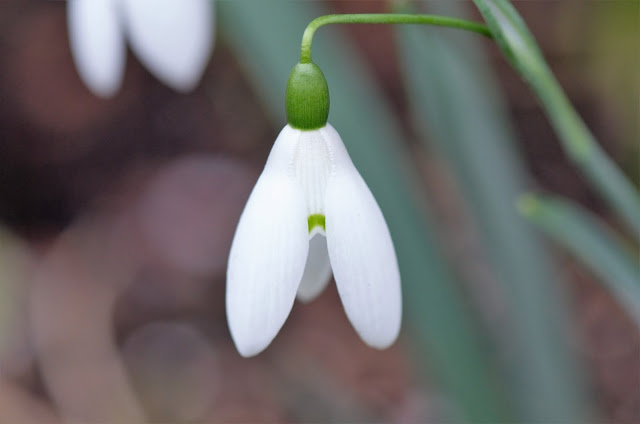 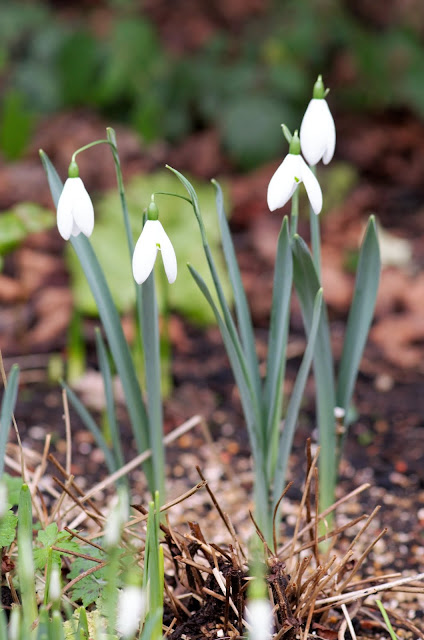 at January 21, 2017
Email ThisBlogThis!Share to TwitterShare to FacebookShare to Pinterest
Labels: My Garden, Snowdrops