Bruges is a city of beauty and history that it is quite easy for us to visit taking the short ferry across the North Sea. The city is full of tourists. It is a tribute to the beauty of the city that it surmounts the numbers and remains a destination to which we return every two years or so. Bruges is not surprisingly a Unesco World Heritage Site. I occasionally feature art and on a day on which gales rage the land I seek refuge in the past. So here we are on the 18th April 2014, in central Bruges, behind the museum, the Arentshuis, and in the small park of Hof Arents where to one side of the hump backed bridge we encounter four bronze figures by the Flemish sculptor, Rik Poot. They represent the Four Horsemen of the Apocalypse: Conquest, War,  Famine, and Death. I have not the slightest idea which is which. My first thought was that they represented Don Quixote, a stupid idea as I'm in the wrong country, the horse is certainly not Rocinante, the figure does not wear a hat and there is no sign of Sancho Panza. Other than that .... I am, despite my country's decision to leave the European Union, a Europhile. I shall have to compensate for my fellow countrymen and women by visiting the continent more frequently.  I know rather more of Cervantes’ tale than of Rik Poot, but these are powerful figures. 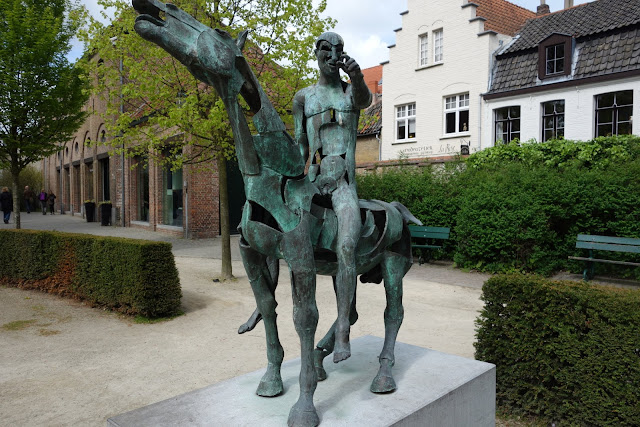 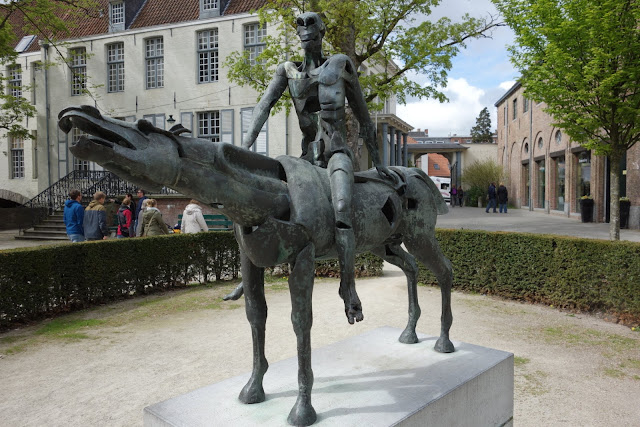 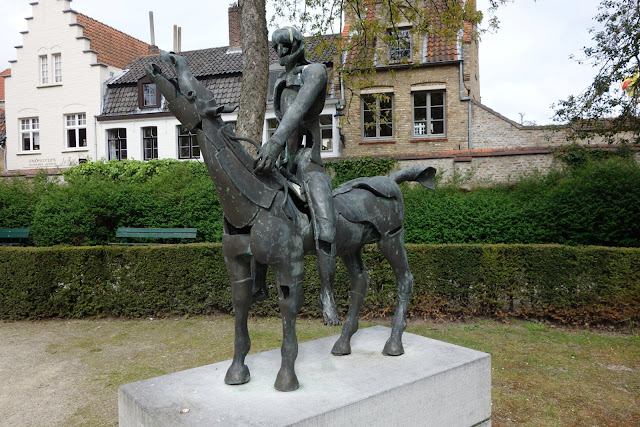 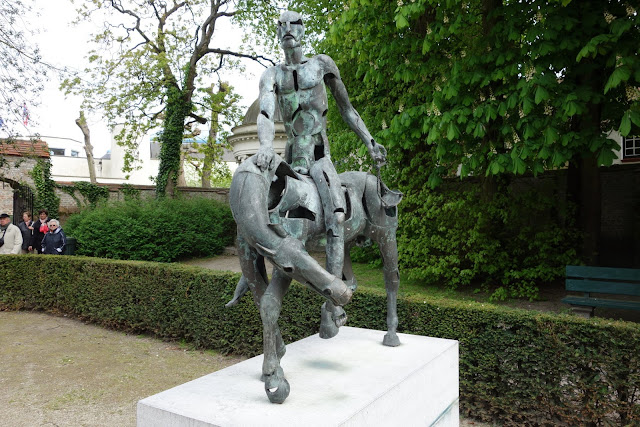 at February 23, 2017
Email ThisBlogThis!Share to TwitterShare to FacebookShare to Pinterest
Labels: Art, Europe