The trouble with a winter garden occurs when, despite the jab, one contracts flu. Today I ventured out. Galanthus 'Epiphany' was new last year and, as is the way, I now have three blooms and they have been in bloom for a couple of weeks, certainly in time to mark its name. A small neat flower, I'll put it in the open ground for next year. 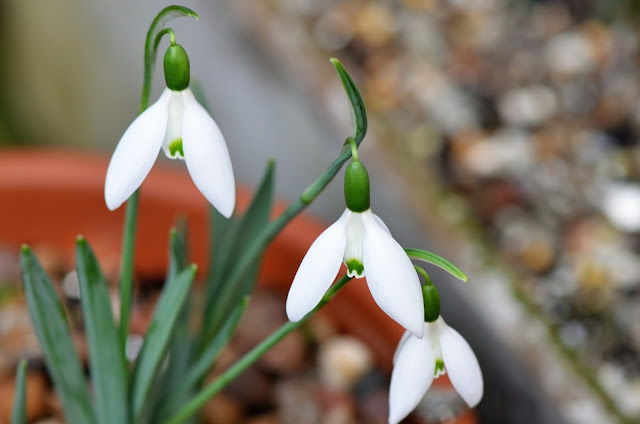 Galanthus 'Fly Fishing' is another early bloomer. I now have several and with their long pedicels they exemplify the name rather better than some varieties. I'm told that it can develop a green tip on the outer petals, and there is just the suggestion of green flushing the outer petals albeit I noted it more clearly when looking at it in the flesh. Nothing to get excited about as I have some green varieties developing apace.  This however is a lovely early snowdrop. 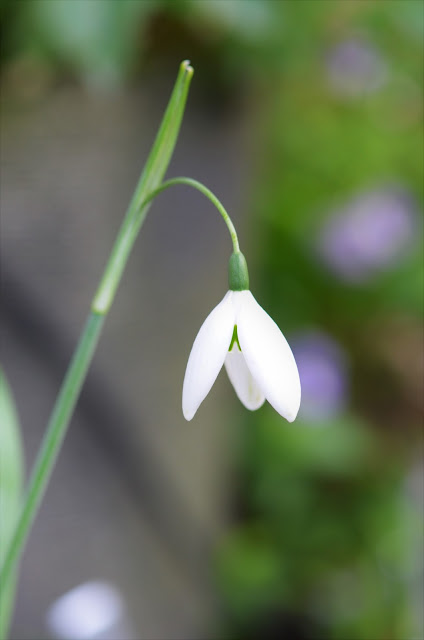 Galanthus 'Magnet' is a genuinely handsome snowdrop. It has clumped up all over the garden, been in flower for weeks, and outperforms many of the newer breeds for considerably less money. The flower is held on long pedicels, storms through the bad weather, is reliable, increases well and has a decent large flower. 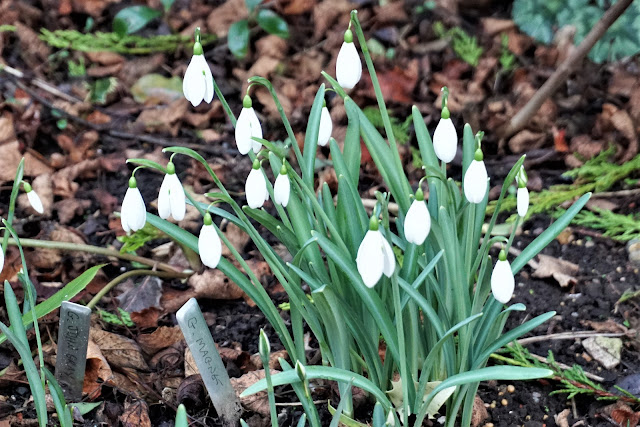 at January 15, 2018
Email ThisBlogThis!Share to TwitterShare to FacebookShare to Pinterest
Labels: My Garden, Snowdrops