The first image is of a rather choice snowdrop that should be in everyone's collection. However, first things first. Galanthus nivalis 'Flocon de Neige' was featured last year and I had hoped it would clump up. No such luck although there are enough leaves to suggest potential for next year. It is a small snowdrop with six perfectly formed outer petals. 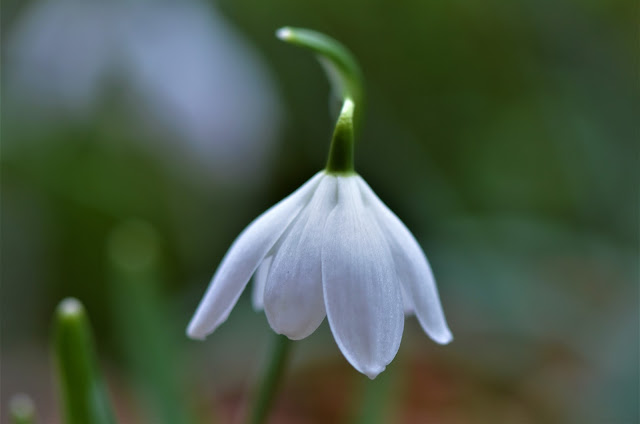 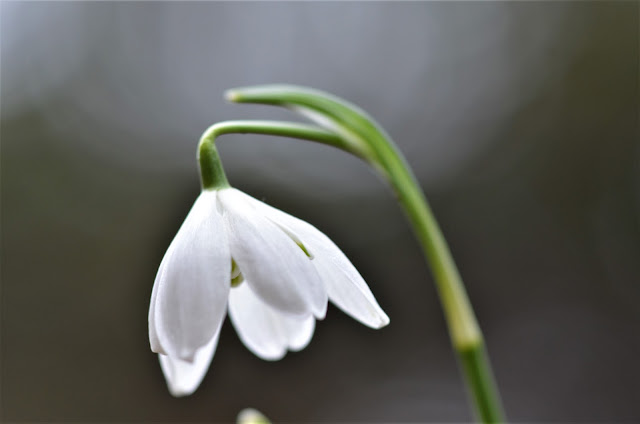 Now back to the fetching snowdrop that was pictured at the start of the blog and it is a rather larger flowered nivalis cultivar, the poculiform 'Springwood Park'. It has quickly formed a small clump. I was told it would be slow growing by the grower. This is a beautiful snowdrop and I recommend it wholeheartedly. I love the touch of gold at the top of the flower, a warm feature that persists throughout the flowering period. Of course it is the pure white that most captivates. The first two photographs were taken this morning, the third this afternoon as the flowers opened out in the strong sun. 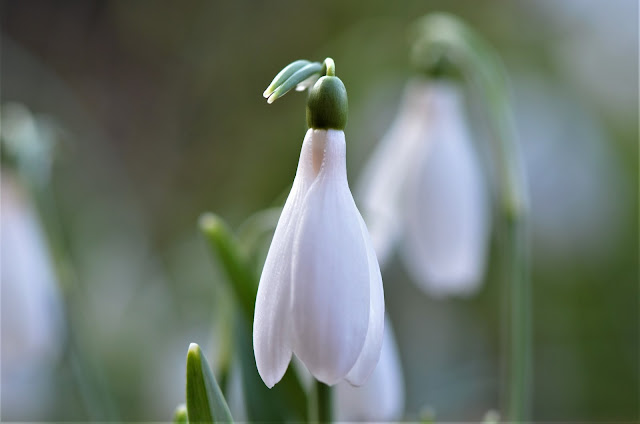 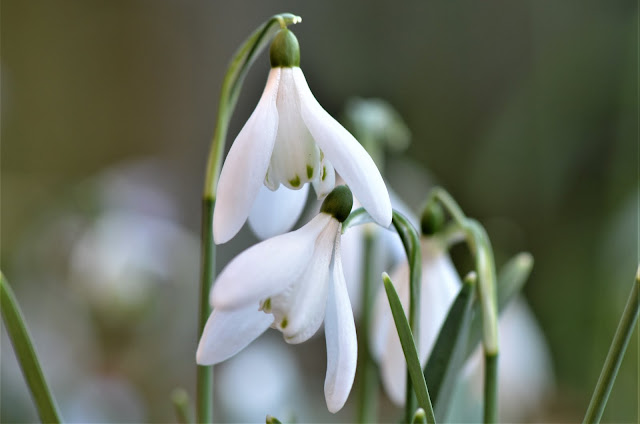 I am not quite so keen on the double varieties. However I'll make an  exception for 'Barbara's Double', a neat medium sized flower with fine markings positioned in such a way as to be visible from my normal position six feet up. I'm not one of those enthusiasts who crawls in the soil to steal a closer look. Barbara was the daughter of Lady Beatrix Stanley, her namesake in the snowdrop world also a double and shown in a post last year. It is another in the notable selection from Sibbertoft Manor in Northamptonshire, now rather sadly a nursing home albeit an award winning one. 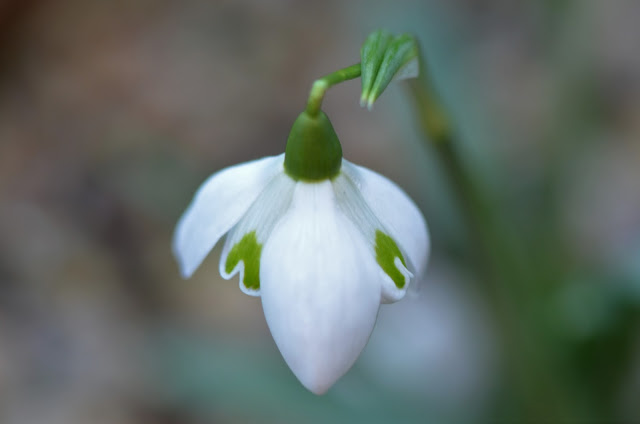 at February 24, 2018
Email ThisBlogThis!Share to TwitterShare to FacebookShare to Pinterest
Labels: My Garden, Snowdrops