Narcissus 'Altruist'  was described in the catalogue as April flowering. Well it is despite having been in bloom since February. Perhaps the absolute freshness has gone out of the blooms, but it was photographed yesterday at 6.30pm on a gloomy day and it still evinces the colour of summer, a scare commodity this spring. Tall and elegant, they stand upright in the large containers for my clematis varieties. Indeed, they were planted as an afterthought after their original container disintegrated in last year's frost. I'd forgotten about them and suddenly in the February frosts and snow they were in flower, drooping dramatically until the temperatures rose and, like springy plastic, they jumped up to attention again. And I have not yet mentioned the sweet fragrance. The catalogue never mentioned it either. Descriptions vary. Some sellers declare it is non-fragrant, some fragrant. Mine are the latter variety of the variety. As long lasting as the snow that is falling on a dire Easter Monday. 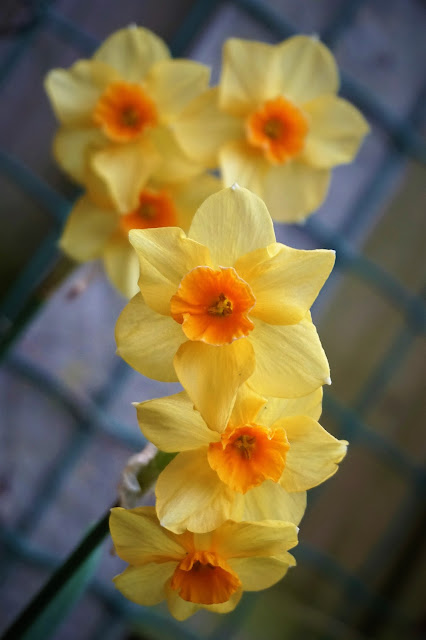 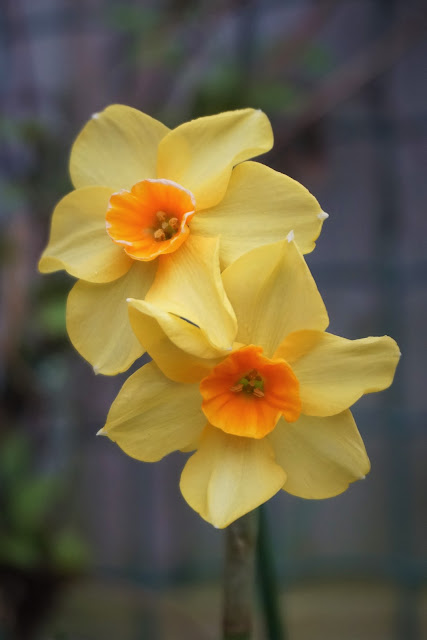 at April 02, 2018
Email ThisBlogThis!Share to TwitterShare to FacebookShare to Pinterest
Labels: Hepatica, Narcissus