Galanthus 'Epiphany' appears on lists of Autumn flowering varieties though in my three years' experience it has flowered in January, if slightly later than the 6th as suggested by its name. Funnily enough, last year I wrote about venturing out into the garden with flu, despite having had the jab. I'd had the same bad cold the previous year. This year, slightly later, I have succumbed once again! Epiphany. January is bad for me. 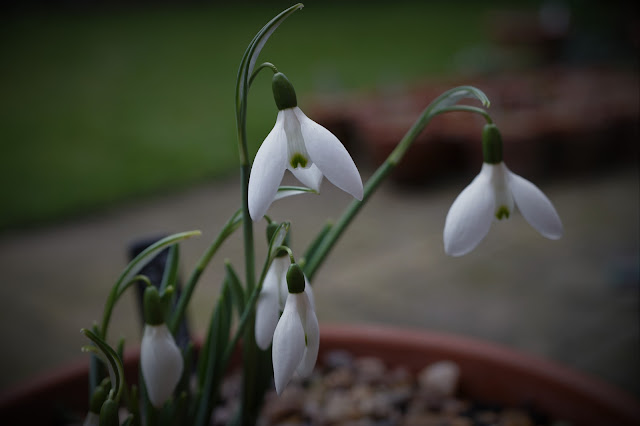 at January 28, 2019
Email ThisBlogThis!Share to TwitterShare to FacebookShare to Pinterest
Labels: My Garden, Snowdrops