Galanthus 'Pieces of Eight' is a new snowdrop discovered by the late renowned collector, Veronica Cross (1932 - 2019). Her reputably glorious, four-acre garden at Lower Hopton Farm, Herefordshire, has a wealth of snowdrop varieties so I suspect there is more scope for discovering jewels than in my own little plot.  'Pieces of Eight' is small, certainly in its first year here but pretty with a heavy green spot and inner dark green. It has a rounded shape to its petals, seen more vividly in the second image. Veronica gave us 'Wasp' and 'Dragonfly', the former just appearing, the latter on my wishlist. She also bred 'Treasure Island' which at nearly seven hundred pounds on eBay recently will not be seen here until prices come back to earth. Just one point I should make: unlike some snowdrops in flower very early, mine are grown either in pots, as here, or in the open ground. Visiting Welsh gardens last week I realised our plants are at least a week later. Note: I edited this to recognise the very sad news that Veronica died in 2019. 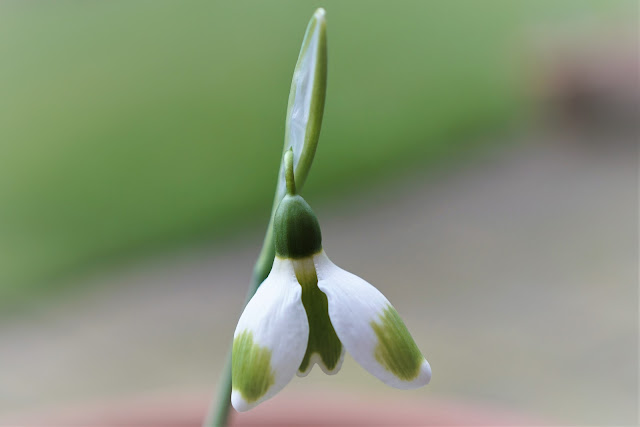 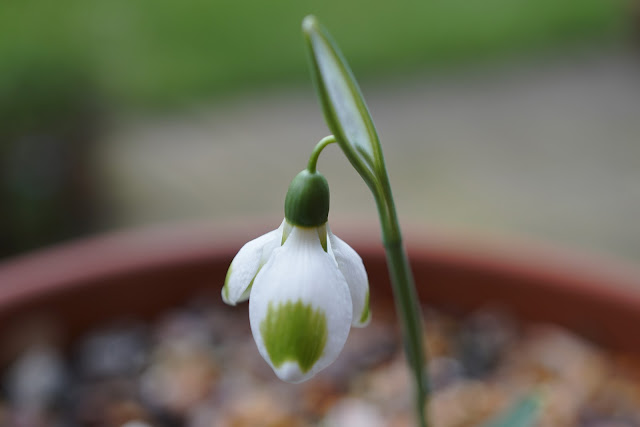 at January 26, 2019
Email ThisBlogThis!Share to TwitterShare to FacebookShare to Pinterest
Labels: My Garden, Snowdrops