'Prague Spring' pictured on the 23rd February this year. I first saw it in John Morley's North Green catalogue three or four years ago though I obtained it from another source. The virescent snowdrop is distinctive enough though it was the name that captured my attention, As a schoolboy preparing for the General Studies examination I used to read 'The Guardian' newspaper's account of Alexander Dubček's all too brief liberalisation of Czechoslovakia in 1968. The Russians put paid to that. More prosaically the bulb was found in Prague in spring. One of my favourite cities and a lovely snowdrop. No emblem of freedom however. 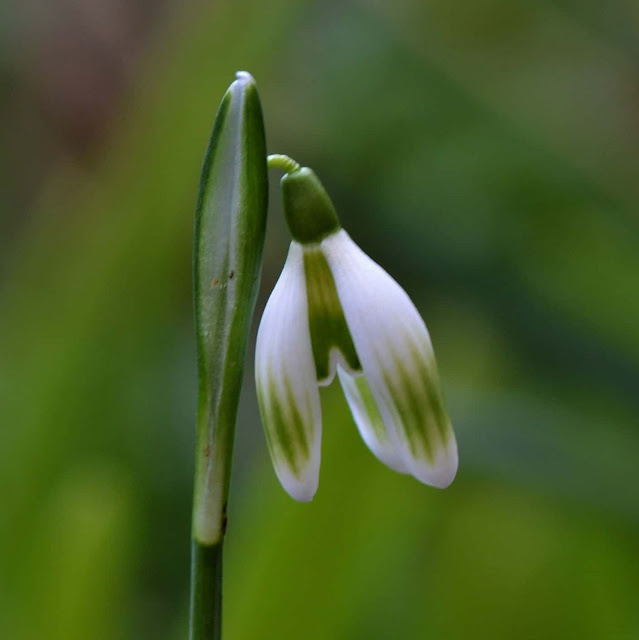 at October 21, 2020
Email ThisBlogThis!Share to TwitterShare to FacebookShare to Pinterest
Labels: My Garden, Snowdrops