The weather has been mild this year with only a couple of mornings of mild frost. 'Three Ships' and 'Fly Fishing' have been out for a few days. Discovered under an oak tree in 1984 'Three Ships', a plicatus or Crimean form, is a conventional snowdrop in every way save for its reliability in flowering in time for Christmas. I saw three ships come sailing in .... The best name for a snowdrop.  'Fly Fishing', an elwesii or giant snowdrop, is a particular delight with a long pedicel and the tendency for fish to leap up and take the bait. We are indebted to John Morley and Alan Street for the two cultivars. 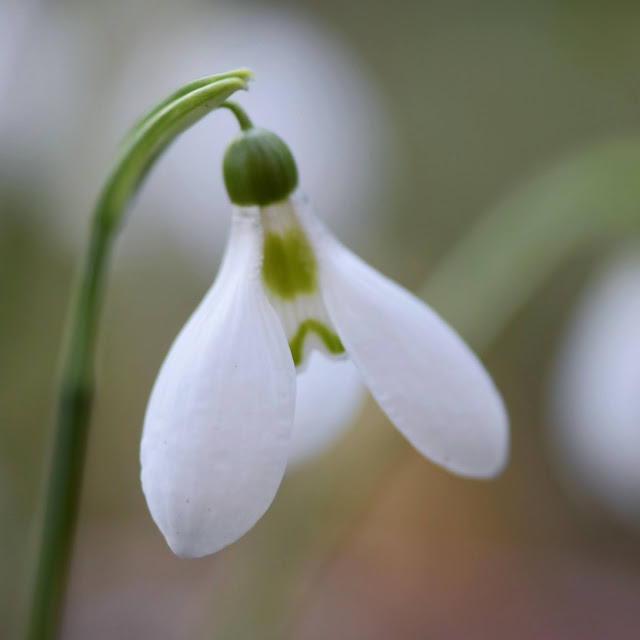 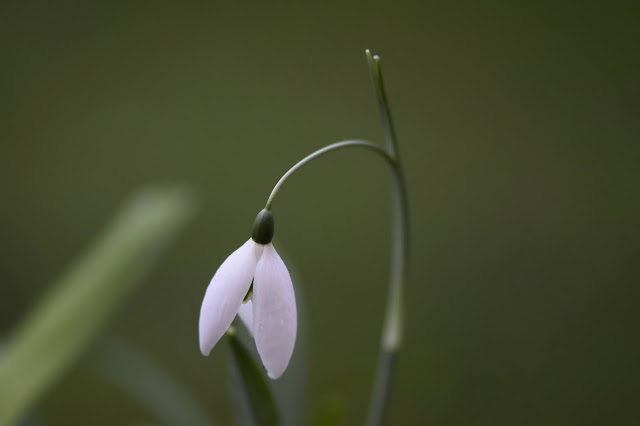 at December 14, 2020
Email ThisBlogThis!Share to TwitterShare to FacebookShare to Pinterest
Labels: My Garden, Snowdrops