Galanthus plicatus 'E.A.Bowles is my favourite snowdrop. It raised some £357 at auction when launched on the plant world in 2011 and is still pricey. It repays the investment for the poculiform flower is a fabulous sight. Almost as if the petals had been inflated with air, the petals form rounded bowls of the purest white. And the very size of the snowdrop makes it even more showy. 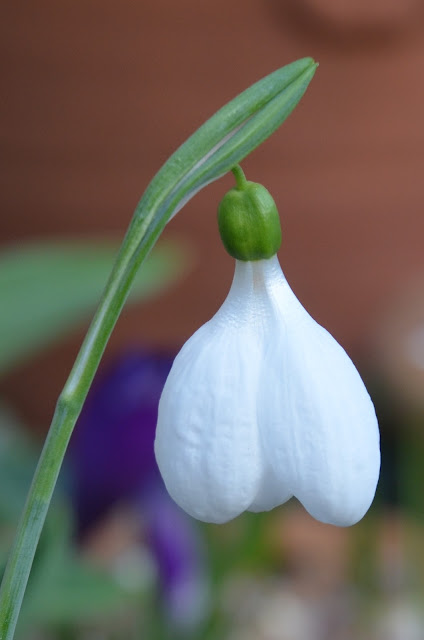 "E.A.Bowles" was named after the gardener who did so much for the Royal Horticultural Society in the first part of the 20th century. Many great plants carry his name, a sign of quality. The  E. A. Bowles of Myddelton House Society celebrates his work and his Enfield garden. 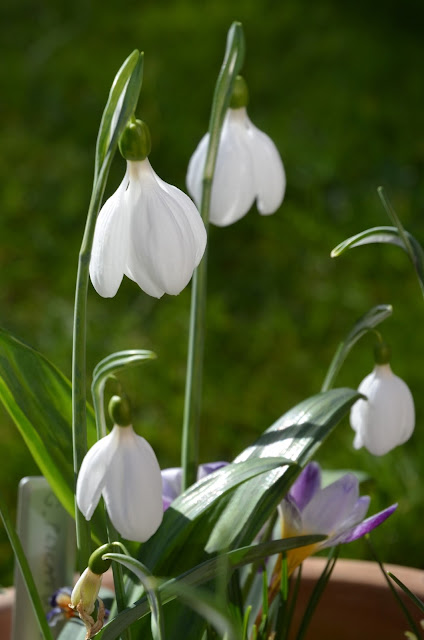 Google the bulb and you will be certainly be made aware of the price, historical and actual, but sometimes quality costs. My own bulb has multiplied this year. It is a strong grower. Recommended.
at February 24, 2016
Email ThisBlogThis!Share to TwitterShare to FacebookShare to Pinterest
Labels: My Garden, Snowdrops