I love reading the enthusiasts on the forum for the Scottish Rock Garden Club They know their plants and the posts related to snowdrops are particularly interesting. It was there that I first saw reference to Joe Sharman's "Golden Fleece" featured here last week though it was then actually named "Galanthus plicatus yellow Trym" . Such is progress. The posts serve, too often, as a shopping list. A couple of years ago I noted the name "Galanthus 'Llo "n" Green", on the very same list as the yellow specimen above, and an image of a green tipped beauty. The green tips are described as being variable. The bulb is certainly my first snowdrop to bloom displaying green markings on the petals. My bulb was provided by a superlative plantsman from nearby Harrogate, purchased on eBay and a bolster  to those who feel eBay an unsatisfying or intimidating market. The image below shows how the little nivalis survived last week's journey through the post to land in a small pot on my display table. How do you pronounce Galanthus 'Llo "n" Green' ? Probably with a French swagger as it came from there. 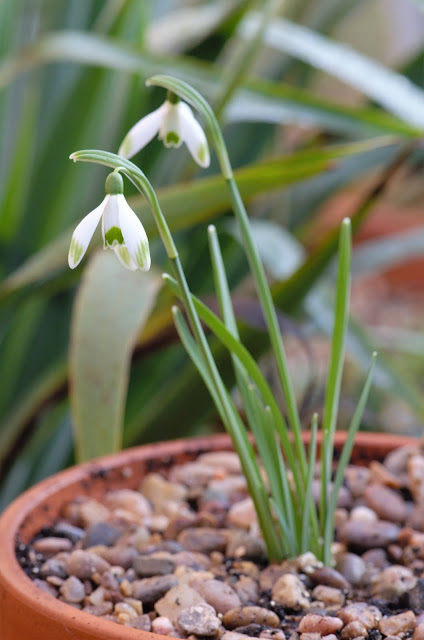 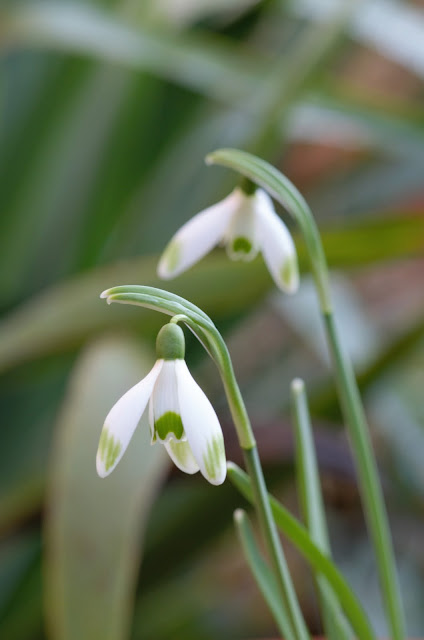 at January 24, 2017
Email ThisBlogThis!Share to TwitterShare to FacebookShare to Pinterest
Labels: My Garden, Snowdrops