There are some distinctive snowdrops and there are some similar. 'Diggory' is distinctive. One could not mistake those puckered petals. It's a great favourite. If 'Diggory' were a fruit you'd eat it. Admire the photograph, run your fingers over the textured character, all rounded dimpled perfection. Distinctive. 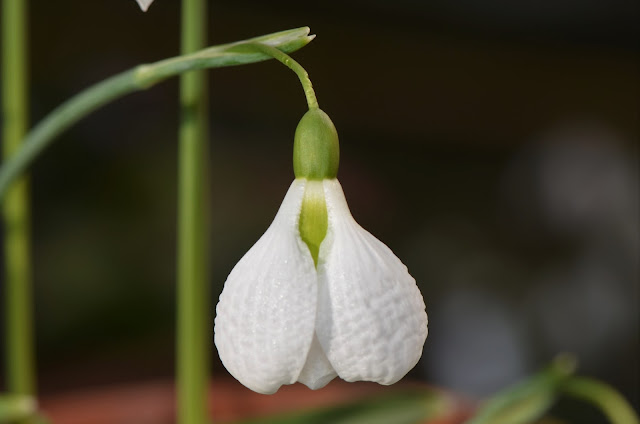 And then there's 'Fatty Puff'. Note the similarity? I suppose I should have photographed the flower in close-up like its brother but if nothing else the image demonstrates its fertility: how one becomes two and three and ... So as investments go it provides a quick show. 'Fatty' is the smaller and rarer. If I had to choose between the two I'd go for 'Diggory'. 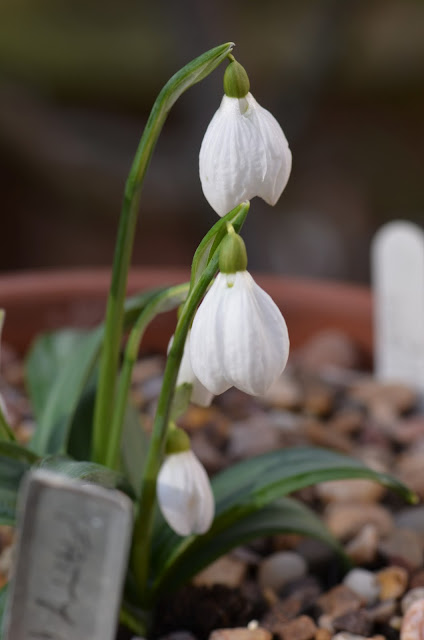 One of the most striking snowdrops in a border is 'Mrs Thompson', seen below. A large flower and a distracting habit of throwing out different numbers of petals is its distinctive character. Without doubt it is in my top ten 'must haves' in the snowdrop garden. As is 'Godfrey Owen' seen below. Godfrey is an early bloomer although, as can be seen in the final image, it is in glorious bloom today although many of the flowers are spent. Do you notice the similarities and differences? In the case of the latter, Mrs T is the more imposing flower, Godfrey the prettier. It's a bit like those puzzles for kids (and adults). Of course, there are clear differences, the shape of the petals being a notable one, the smooth petals versus the ridged effect, and the size of the blooms, not obviously apparent in photographs. Godfrey always has six perfect splayed out petals. Mrs T can have six petals but I don't have one flowering like that this year.. Five is the most I could muster this afternoon. In the case of these two snowdrops, I could not choose a favourite. They both grace the Galanthus Garden. 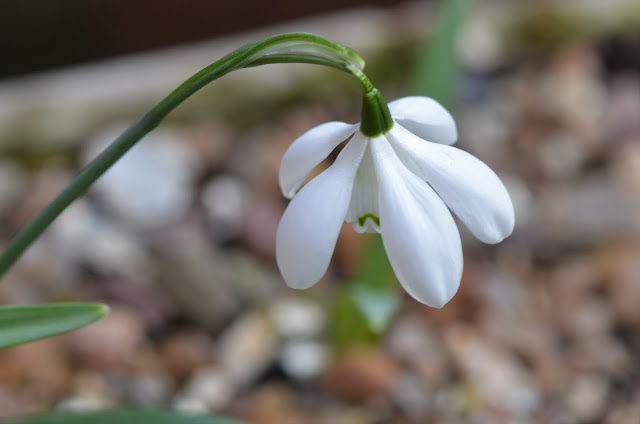 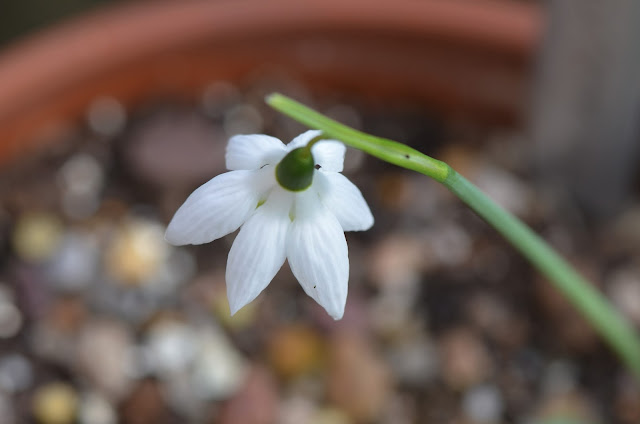 at February 17, 2018
Email ThisBlogThis!Share to TwitterShare to FacebookShare to Pinterest
Labels: My Garden, Snowdrops