Galanthus 'Mother Goose' living up to the hype?

Well I think so, despite some commentators suggesting the colour is not so good second year round. This is my second year with Galanthus 'Mother Goose' and I think it rather lovely. It still commands huge sums on eBay. Is it worth it? A different question entirely. Mine was purchased for a modest sum from an enthusiast who has twin scaled one of the original bulbs. So, it has been reliable, sending up two flowers and suggesting a nice thickening out of foliage for next year's crop, It also has a pleasantly rounded appearance setting off the extremely yellow inner markings, the colour of egg yolk. It is certainly a favourite. The colour, by the way, is stable.  It was introduced by North Green Snowdrop in 2014. They of course built it up a bit, as they are entitled to do for it is a superb new variety. 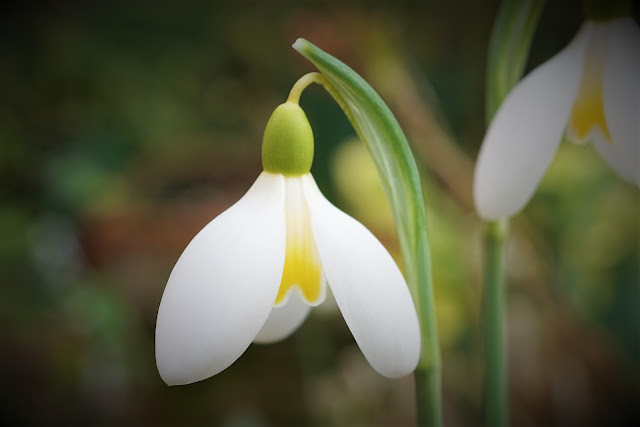 at February 13, 2019
Email ThisBlogThis!Share to TwitterShare to FacebookShare to Pinterest
Labels: My Garden, Snowdrops