'South Hayes' was for a time the most expensive snowdrop in our garden - nowadays I tend to swap but that's another story. I've had the bulbs for years and, truthfully, they are more beautiful than many recent varieties costing far more. Unlike the narcissus I have been writing about lately 'South Hayes' was not the result of painstaking hybridization. It was discovered in 1992 in the Oxford garden of Primrose Warburg, a noted galanthophile, and husband, William Frederic ‘Heff’ Warburg, a professor of Botany. The rear garden slopes dramatically and in the trenches of moist soil the plants seeded freely. The lovely yellow snowdrop, 'Primrose Warburg', named after the owner was another chance seedling. Interestingly, the now rather neglected garden has just been redesigned by Sarah Naybour Design. I've reproduced a 'before and after' photograph. An interesting article about Primrose is that in The Gardener's Apprentice. The photograph was taken on 21st February. 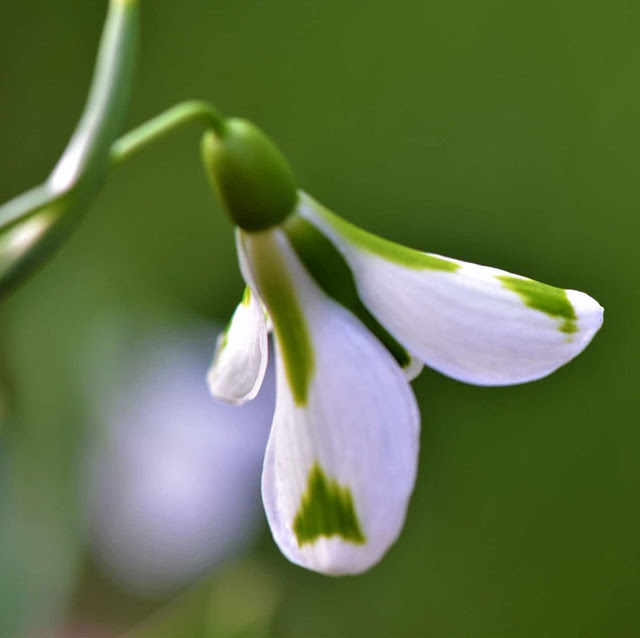 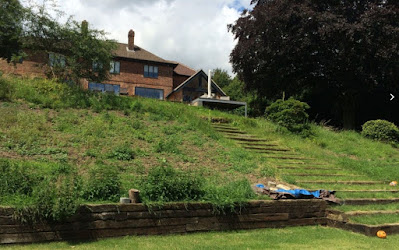 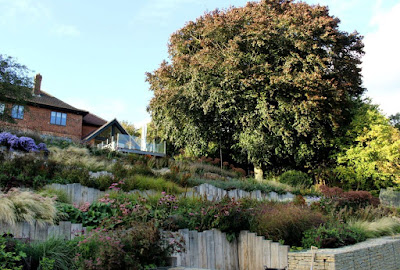 at November 15, 2020
Email ThisBlogThis!Share to TwitterShare to FacebookShare to Pinterest
Labels: My Garden, Plant Breeders, Snowdrops