The blue poppy is the great Houdini in my garden because it has perfected a disappearing act. I'm in the process of completely redesigning the front garden, eliminating the island bed and widening a border to compensate. Scrabbling around for specimens to relocate I have been disappointed to discover two varieties have just disappeared without trace. Still, two specimens are left and 'Mop Head' was the earliest and though it has died down now there's life there yet for another year. Meconopsis are short lived plants however and, to make matters worse, 'Mop Head' produces little seed. (I must divide it up in Spring!)  It is a classy looking variety however with very large upright flowers and it flowers earlier than most. The photograph was taken on the 11th May. A couple of years ago we saw the trial of blue poppies at RHS Harlow Carr. I noted the name and was not surprised when I discovered it had the coveted AGM. However 'Mop Head' has been around for years. In the 1980s Liz Young acquired the seed from an exchange scheme with members of the Scottish Rock Garden Club, naming it in 2007, the first link being to the Meconopsis Group. I'd recommend both groups. I'm a member of the first. 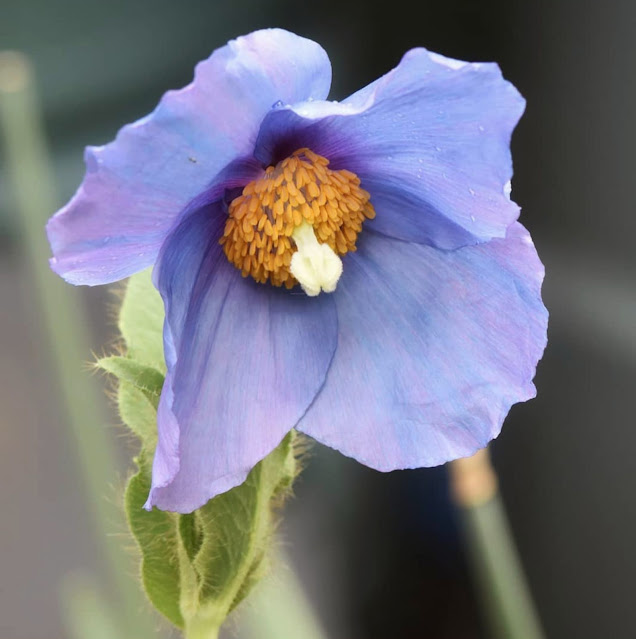